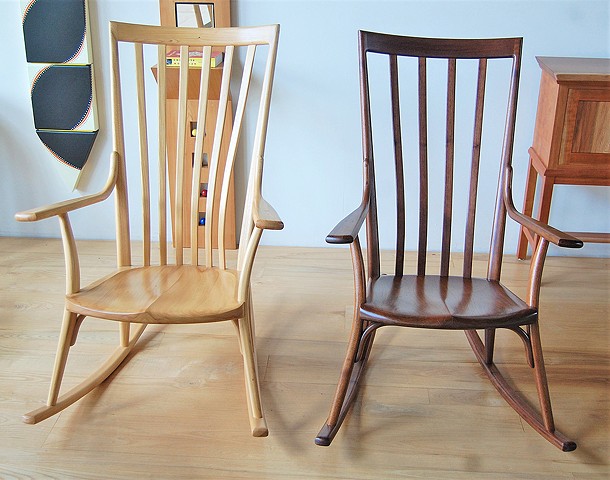 2022 marks forty years of continuous production of the rocking chair, a design that has become something of a trademark. The first chair was built of red oak in anticipation of the Central Pennsylvania Festival of the Arts in 1982 - my first juried show. It took a few years for the design to coalesce into its present form. Backs slats went from four to six and from steam-bent to three-part laminations. Rockers were beefed up and joinery changed in response to several broken chairs.

In 2021 a walnut chair from 1984 found its way here for repairs and refinishing. It had been purchased through the Chestnut House Gallery in Lancaster, Pa - one of my first gallery accounts. It is shown next to a contemporary chair in American Elm. Obvious differences aside, it had much the same feel as its updated model.